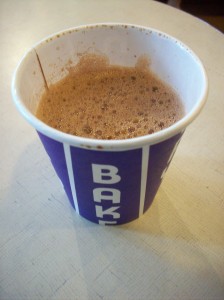 If we were having coffee right now… I’d probably tell you about the gentleman who was my driver at Meals-On-Wheels today, what a character. I always get a good laugh when he’s driving, he has some good stories. He told me he was 71 years old today, I couldn’t believe it, he just carries himself in such a youthful way, age is just a number people. He talked about a lady named Carolyn, I didn’t remember her from the last time we spoke so I asked him if she was his wife, he said ‘no, she’s my dream girl’ ha-ha, ‘even better,’ I said, they’ve been together for fifteen years. I like his perspective on life, he told me he works out because he wants to stick around for a long time, this tells me that he loves life, how great is that!?

If we were having coffee right now… I’d probably share with you how thrilled I am with the way my blog has been blooming. I feel inspiration from all sorts of things, there’s a stream of ideas pouring into my thoughts. I feel like my time to write has finally come, trying to force things when they don’t feel right makes for a rather superficial creation. It reminds me of a movie I watched recently by Dr. Wayne W. Dyer called ‘The Shift,’ in one of the scenes he is telling a mother to just allow things to flow, that you don’t need to push things to happen. It’s like God, God does nothing, yet nothing is left undone, according to Dr. Wayne.

If we were having coffee right now… I’d probably tell you how peaceful I feel, it’s as if I’m starting to understand the way things work in life, I have a greater perspective of it. It could be confidence I suppose, whatever it is, I’m ok with it.

One thought on “Let’s have coffee…”